The micro-Relay from AirMems is based on a MEMS (MicroElectromechanical Systems) technology. This switch is presented as a mechanical membrane of several hundred micrometers long suspended over several microns from the substrate. When non-actuated, it prevents any electrical connection between the input and the output and presents a galvanic isolation (upstate). When applying a voltage on the actuation electrode, the metal beam is attracted and comes in contact with the output creating an ideal electric connection with the input (downstate).

Resulting from more than 10 years of Research and Development working close with Defense and Space sectors, the AirMems micro-relay relies on a patent portfolio and a strong knowledge in MEMS fabrication process. Its advanced features allow this cutting edge technology to provide many advantages compared to typical switches, especially on:

The Figure of Merit

The Figure of Merit (FoM) is THE criteria of importance for engineers building high performance electronic systems. It characterizes both the quality of the isolation in the OFF state and the amount of losses in the ON state of a switch. It is also a parameter showing the capability for the component to reach high frequency applications.
The AirMems micro-relay exhibits one of the best FoM in the world on chip (< 5fs) allowing the switch to reach state of the art performances from a true DC signal up to V-Band frequencies.

When multiple frequency signals are passing through a typical switch, additional harmonics can be generated due to the non-linear characteristics of the component which in turn will create distortions of the output signal. At the same time, when a switch is actuated, the electrical bias used to actuate the component can leak on the signal path and create slight modulations. These behaviors can be especially embarrassing when the switch is embedded in a full duplex architecture or in a high quality measurement system requiring superior signal purity to ensure the device functionality.
The AirMems micro-relay includes innovative features that preserve the signal integrity. It demonstrates indeed a high level of linearity when driving multi-tone signals (IP3>60 dBm) and shows unsignificant parasitics at the actuation (video-feedthrough < 1 mV).

When selecting a switch, the engineers are making compromised between size and performances particularly for the design of embedded electronic systems. Basically, a mechanical relay has the best electric behavior while a solid state technology has the smallest footprint.
The AirMems micro-relay gather all the good aspects of the relay and the solid-state technology. It is several 100’s of micrometer diameter while providing the electrical performance of a quasi-ideal switch.

Reducing the power consumption of electronic components is essential to extend the battery life of portable devices. It is also becoming important in many ground systems, as for base stations whose power consumption increase with the electronic architecture complexity.
Due to its electrostatic actuation, the AirMems micro-relay presents a negligible power consumption. It uses less than 100 µW while moving and less than 0.5 µW when static which represents more than 1000 times improvement compared to mechanical relays.

The switching speed is a relevant parameter in reconfigurable systems where signals must be processed in a short time slot. The AirMems micro relay is smaller so faster than a typical relay and is globally comparable to solid-state components. Once the control voltage is applied or removed, it takes a few micro seconds for the membrane to move and several hundreds of nano seconds to pass or cut the signal respectively. The AirMems switch is at least 1000 time faster than typical mechanical relays.

Reliability requirements may constrain engineers to use a particular technology regarding an application, especially for electronic devices used in harsh environments. The AirMems micro-relay is robust enough to replace limiting technologies. Due to its small size, low weight and patented design, it has insignificant sensitivity to vibration and temperature. AirMems has also developed an hemetic wafer-level package making the membrane immune to humidity. Finally, the AirMems switch is less sensitive to mechanical wear since it can realize a 1000 times more operations compared to typical relays.

Initially developed by XLIM Laboratory/CNRS and then matured by our company, the AirMems micro relay technology has realized its first proof of concept onboard of a satellite.
During this project supported by the French Space Agency (CNES), the switches first passed several test protocols on ground before integrating a specific electronic module designed by Thales Alenia Space. On February 9th of 2014,
the AirMems technology took off from Kourou into Athena-Fidus satellite onboard of Ariana V.
Long distance testings were successfully performed right after the satellite deployment showing the robustness of these micro-relays to vibration and shocks. Four years later, the collected datas indicated that the technology was still switching properly, demonstrating its capability to work in space environment. 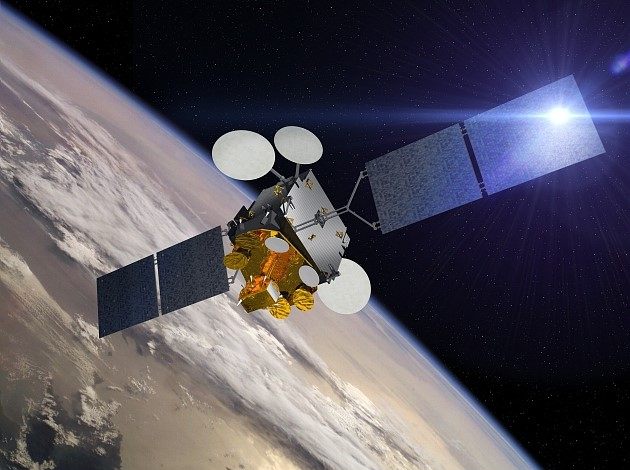